A Trip to the Viper Room

Last night I made a run up to the Viper Room in West Hollywood. Yes, the same Viper Room where River Phoenix did the speedball that killed him on the sidewalk outside the club.

I was there to see Sarah Kelly, who I had the chance to meet late last year when she performed at my church. She's an awesome lady with a killer voice. The first time I saw her in person I was surprised that big voice was coming out of that little girl (allright...woman). If you haven't heard her, go check her out. She put on a great, if short, show to cap off the European Tour that she just finished. I got a chance to talk to her for just a minute. Now she's taking some well deserved time off to go back home and put together a worship team. I wish her good luck.

The really weird part is that I've been to the Viper Room before and didn't even know it. I've lived with a memory of that joint (there's no better name for it) for many years and was never aware that it was the Viper Room until last night. I knew the place immediately.

It must have been nearly 25 years ago now. I had met a girl named Macy who lived in West Hollywood. I drove up one night to take her out. We went to dinner at a place on Sunset that's now known as Miyagi's, although I have no memory of what it was called back then. After dinner, Macy suggested that we go to a club. Then, as now, checking out a late night club in West Hollywood was an experience entirely foreign to me, but I wouldn't have passed it up for anything. I remember it like it was yesterday...well, maybe last week.

I think often of Macy and wonder how she is. She was a free spirit, and not the girl for me, nor me the guy for her at the time, but the short time I dated her lives well in my memory. I hope she is happy.
Posted by Diaryofaptd at 7:54 AM 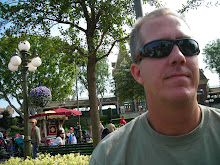